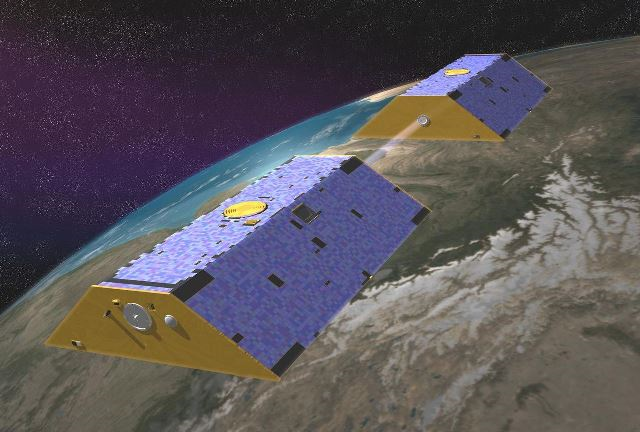 In much the same way satellites have become key to forecasting the weather and issuing various storm warnings, recent research suggests satellites could be used to predict flooding. With interior flooding in the United States causing nearly $4 billion in damages annually, the finding is no small matter. Details about NASA's  Gravity Recovery and Climate Experiment (GRACE) twin satellites and the recently published study can be found in the links below:

Graphic credit: NASA
Posted by Steve At 8:00 AM