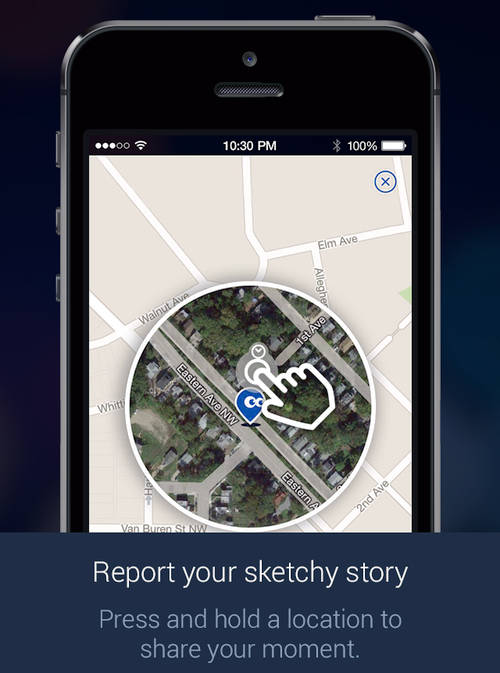 Well, it seemed like a good idea at the time. Now developers of SketchFactor, an app which allows users to report their impressions about public safety in the urban environment, find themselves in hot water as charges of racism hit the internet and press. Details below:

The Many Problems With SketchFactor, The New Crime Crowdsourcing App That Some Are Calling Racist
(Washington Post, August 12, 2014)

Comment: History repeats itself.  As reported on January 9, 2012, MicroSoft was awarded a patent for a GPS feature which uses crime statistics to provide routing around known areas of trouble. That software soon became dubbed "Avoid Ghetto" technology. Thus, there should be little surprise that SketchFactor is now seeing the same reaction as what MicroSoft experienced. Here are a couple of examples from the past:

Graphic credit: SketchFactor.com
Posted by Steve At 8:00 AM