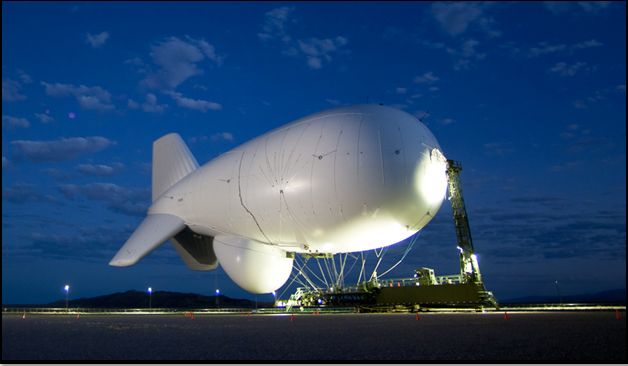 We've been tuned into this story for the past couple of years. Now, what were once conceptual discussions about using lighter-than-air craft to protect the nation's capital and surrounding East Coast cities, has become approaching reality. Later this year two JLENS (Joint Land Attack Cruise Missile Defense Elevated Netted Sensor System) aerostats will be sent aloft from the U.S. Army's Aberdeen Proving Grounds, Maryland, and privacy watchdogs are not happy.

Comment: The privacy issue has bubbled to the top as predicted, and my opinion about that circumstance remains unchanged.  See: